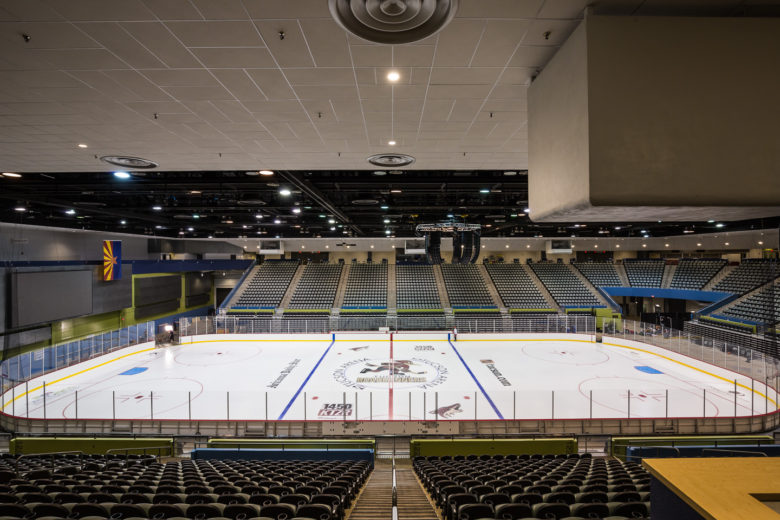 Swaim Associates was asked again to team with the Rio Nuevo District and the City of Tucson to implement phase 2 of the TCC Arena renovations in order for the facility to meet the 2017 AHL requirements allowing Rio Nuevo to bring a new AHL Hockey team, the Tucson Roadrunners, to the TCC. The renovations included 4 new locker rooms, a weight room, training room, hydrotherapy room, a stick work room, a medical exam and treatment room, official’s quarters, offices, new ice dasher boards and glass barriers, new ice handling equipment and a new press box were included in the project. The Arena was also be equipped with state of the art video equipment to support the in house video production for the new video board in the arena and so that home games can be televised or streamed. Despite the incredibly short 5 month time frame for both the design and construction, the project was competed on time and on budget.