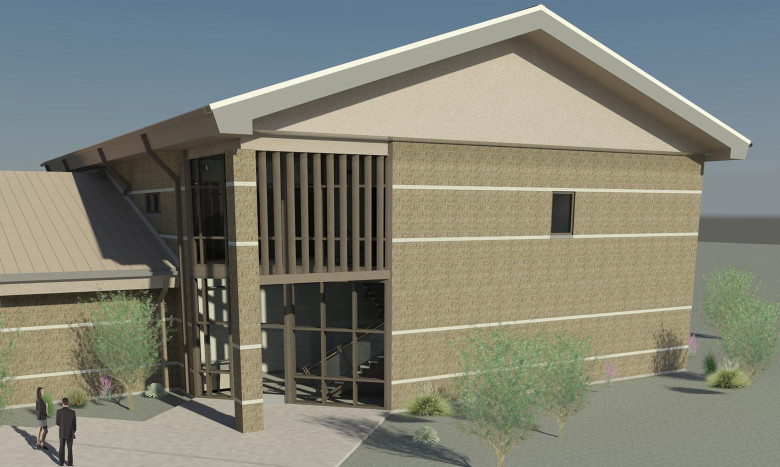 The Predator Beddown facility houses the 214th Reconnaissance Group for both administration and operations of the Predator UAV.  The project includes administration offices, work stations, training area and 13,900 SF of SCIF to support the operations center, server room and intel functions of the group.  There is also a pad for the mobile ground control station and an area for a Predator Simulator.  Demountable walls are used throughout the office areas to better accommodate future expansion and flexibility for this growing mission.

The two-story IMOT expansion of the Predator Beddown FOC project accommodates additional personnel and supports additional Predator UAV orbits.  Adding 3,100 SF of SCIF area to the current secure area on the first floor allows fixed ground control stations to be served by the existing Predator Operations Center and server room.  The second floor expands space for the administrative and training functions for the 214th Reconnaissance Group using a demountable wall system to better accommodate the evolving needs of the users and changes in technology.